So, this looks like a job for me, so everybody, just follow me, because we need a little bit of laughs.

Guess what ? English speaking people had their eclipse too ! And the resultat was more or less the same…

Remember not to look directly at jokes about the eclipse.

I think the Solar Eclipse is one giant cover-up.

The eclipse is brilliant. pic.twitter.com/OijuYxSHzr

The Teletubbies are fucking terrifying in black and white. pic.twitter.com/1b4BN0U838

There was a sale on refrigerator magnets pic.twitter.com/sARtNxOAgK

If I were ever abducted by aliens, the first thing I’d ask is whether they came from a planet where people also deny science.

Clash of the toilet philosophers pic.twitter.com/Iim0RCZmrP

Me: Were you good at daycare?

And just for you, a little bonus, some tweets from before the existence of the Countwer

Leave a better planet for our children? How about leaving better children for our planet?

"What happens in Vegas stays in Vegas"

"Lol tru my nigga u free to go"

Has anyone ever actually left the house when they texted "on my way"?

If you liked this selection, you may also like the former ones. You can read them by clicking on the picture : 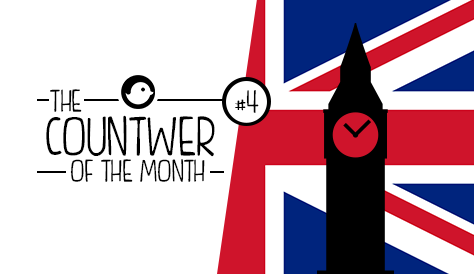